This is an unfortunate aspect of this Counrty’s polity that our political difference overtake the national interest whatever the it may cost even at the time of great human and national crisis. Among many latest examples of sabotage and distractions caused by the main opposition parties in the nation’s fight against the dreaded Covid-19, is the hostile posture by Mamta Bannerjee who often find faults with the centre without peeping into her deeds in her own state. The face-off between the Centre and West Bengal over the visit of two Central teams for an on-the-spot assessment of the Covid-19 situation escalated on Tuesday as the panel members lay confined to guest houses for most part of the day before the State relented following a stern letter from the Union Home Secretary.

The arrival of the teams in Kolkata without ‘prior intimation’ to the State government has set off a tussle between the ruling dispensations at the Centre and in the State, with Mamata Banerjees TMC calling the visit ‘adventure tourism’ and violation of the tenets of federal structure, and the BJP accusing her government of hiding data about the pandemic.

The two teams that were to tour the affected areas and interact with health workers kept cooling their heels in guest houses in Kolkata and Jalpaiguri, before the Centre intervened, with Union Home Secretary Ajay Bhalla shooting off a stern letter to the State’s Chief Secretary Rajiva Sinha reminding him of provisions of law and a Supreme Court order.

Apurva Chandra, the leader of one of the two teams sent to the State, claimed its members were told they “will not be going out” on Tuesday. Chandra, an Additional secretary in the Defence Ministry, said, “We have been deployed by the Central government and our order of deployment says that the State government is to provide logistic(al) support to us… I have been in touch with the Chief Secretary and seeking his support since the time I landed here. I had also met him yesterday. But today we have been informed that there are some issues so we are not going out.The Chief Secretary is likely to visit us and we will again hold a meeting with him,” he told a TV news channel in Kolkata.

As tensions flared, the Union Home Ministry intervened, with its Secretary Bhalla writing to the State’s chief secretary that the two inter-ministerial central teams, visiting Kolkata and Jalpaiguri, have not been extended needed cooperation by the State and local authorities.

“In fact, they have been specifically restrained from making any visits, interacting with health professionals, and assessing the ground level situation. This amounts to obstructing the implementation of the orders issued by the Central government under the Disaster Management Act, 2005, and equally binding directions of the Hon’ble Supreme Court,” Bhalla said.

The Union Home Secretary said, therefore, the State government is directed to make all necessary arrangements for the central teams to carry out such responsibilities as have been entrusted to them. After the strongly worded letter from Bhalla, the team in Kolkata was allowed to visit parts of the city escorted by BSF and state police contingents. Obviously, by this Mamta Govt has gained time to do some cover-up on the lapses of her governments in its campaign against Covid.

The Union Home Ministry had said on Monday the Covid-19 situation was ‘especially serious’ in Mumbai, Pune, Indore, Jaipur, Kolkata and a few other places in West Bengal, and formed six IMCTs for an on-the-spot assessment and issuing necessary directions to the four States — Madhya Pradesh, Maharashtra, Rajasthan and West Bengal. It is time to keep politics behind and people want a joint fight against the pandemic. 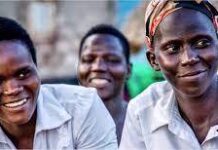 Restoring the dignity of women! 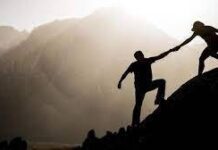 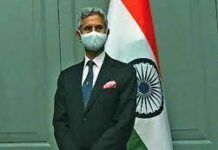 Jaishankar’s trip to the US