In 2007, MoD (Ministry of Defence) issued a tender to purchase 126 Medium Multi Role Combat Aircraft (MMRCA procurement programme). Objective of this procurement was to bridge the gap between a light fighter (MiG-21, MiG-23, MiG-27 etc and LCA Tejas) and heavy duty fighter Su-30. Six fighter aircraft (F-16 from Lockheed Martin (USA), F/A-18E/F Super Hornet from Boeing (USA), MiG 35 Mikhoyan (Russia), Rafale from Dassault (France), Eurofighter Typhoon and SAAB JAS 39 Gripen (Sweden)) came to participate in the MMRCA race. Out of these 6, JAS 39 Gripen and F-16 were unofficially out of the race before it even begun for them. Because one of the condition of MMRCA was that aircraft should have two engines and these two aircraft are single engine.

In Jan 2012, Dassault Rafale was declared as the winner of the competition. Negotiations went on with Dassault for years and the total `expected cost of the procurement` went up from $10 billion to $16-20 billion. Govt could not strike a deal with Dassault for 126 Rafale and on 30th July 2015, MoD withdrew the MMRCA tender because Govt decided to purchase 36 Rafale in fly away condition from France with weapons, training, and support package. In Sep 2016 a deal was signed for 36 Rafale for roughly $7.87 billion. As per the deal, deliveries must start within 36 months (i.e. from Sep 2019) and must be completed within 67 months (i.e. by March 2022).

Now it would be interesting to see how, in the long run, these 36 Rafale will help IAF. IAF will have a separate maintenance line for just 36 Rafale. Though IAF has been operating Mirage for long time and Rafale’s maintenance chain would be benefitted from Mirages’. Still, it will increase IAF’s maintenance pain.

While the Rafale deal was being finalized, Defence Minister Parrikar had announced that the Govt will soon take a decision on a new line of fighter aircraft. In June 2016, IAF Chief Arup Raha went to Sweden on a 5 days’ tour and flew in Gripen. After ACM Raha’s trip, Defence Minister Parrikar went to Sweden on a scheduled trip in Sep 2016. This showed that Gripen was being considered seriously by India.

Within weeks after signing Rafale deal, MoD issued another RFI for a single engine fighter aircraft under `Made in India` initiative. Both Lockheed Martin and SAAB got another chance and they made lucrative offers. Both have promised to setup production lines in India with complete `Transfer of Technology`. How much ToT happens actually, is to be seen carefully.

But why going for this new aircraft?

When MMRCA tender was launched, Govt made it clear that LCA will be replacing ageing Mig-21s (this was the original purpose when LCA programme was launched decades ago). MMRCA was to fill the gap between light aircraft and heavier Su-30 MKI. So if we are going to replace light Mig-21s with F16 or Gripen, then where would LCA go?

Main problem with Tejas is the timelines promised by ADA and HAL. Tejas first flew on Jan 4th, 2001 and it achieved Initial Operational Clearance (IOC) on Dec 20th, 2013 and it is still to achieve Final Operational Configuration (FOC). HAL has missed promised FOC date repeatedly and the current promised FOC date is March 2017. Even if Tejas achieves FOC by March 2017, is it not too long a time for an aircraft from its first flight to achieving FOC – 16 years!

On 01-July-2016, IAF inducted LCA Tejas with just two aircraft in `Flying Daggers` squadron. Currently, HAL can produce eight Tejas in a year and has submitted a proposal to Defence Ministry to ramp up the production to 16 aircraft per year. But keeping its track record in mind, IAF can’t be expected to count on HAL’s promised production rate. IAF has ordered total of 123 LCAs, out of which HAL was expected to deliver 40 Tejas (in IOC configuration which will be upgraded to FOC configuration once FOC is achieved) by 2020 but so far just 2 have been delivered.

At present, the only new joinee in IAF is Su-30 (IAF will induct a total of 272 Su-30 fighters). 36 Rafales will start coming from second half of 2019 and realistically, first 40 Tejas will not join IAF before 2021-2022. During this time, most of the MiG-21s will get decommissioned. Very soon, IAF’s squadron strength is going to touch its lowest point – roughly around 30. Recently retired Air Chief Arun Raha said on 28th Dec 2016 that IAF needs 200-250 fighters during next 10 years and country needs another production line alongside Tejas’.

Hence It appears to be a wise decision to go for a single engine fighter procurement, provided the Tejas programme is not much affected.

Well, we don’t need the best aircraft available in the market. What we actually need is a good aircraft that serve our purpose of replacing vintage MiG series aircraft, capable of achieving our military objective and should be able to meet our requirement for at-least 40 years without losing competitive edge because of fast paced technological advances. Both F-16 and Gripen are highly advanced aircraft packed with AESA radars, Electronic warfare suites, advanced avionics and weaponry. Here our objective is not to compare their weaponry and gadgets but to see beyond that.

F-16 development started in 1972 and it first flew on 2nd Feb 1974. Since then there have been countless upgrades to the initial F-16 developed and approximately 4500 F-16 have been delivered to US Air Force and 27 foreign customers. Undoubtedly, it is a lethal machine that has secured its place among the best ever fighter aircraft’ list. Most advanced version i.e. F-16 Block 70 is on offer to India. But it will not be a good choice for IAF for following reasons: –

On the other hand, SAAB Gripen is comparatively new. It was developed in 80s, it first flew in Dec 1988 and entered service with Swedish Air Force in 1993. There is no doubt that radar, sensors, avionics, electronic warfare suites etc can be upgraded in any aircraft to make it more lethal but airframe plays its own role. JAS-39’s delta wing design provides it more lift and its canards give it more manoeuvrability.

On the other hand, SAAB has taken the offer to a new level. Chairman of Saab India- Jan Widerstrom said “Saab is not only looking at setting up a base here but also helping in the development of aerospace capability for many more years to come. We will design, develop, produce and maintain in India,” including technology transfers to improve Tejas or future projects. This is where we can take advantage for Tejas project. SAAB has a history of developing excellent fighter aircraft. SAAB will be more willing (as compared to Lockheed Martin) to share knowledge and co-develop with ADA because if Gripen is selected for this order, it will be one of the biggest orders in the history of the company. And it will also give them access to the market of the second largest arms importer in the world.

Now adding F-16 or Gripen in this line will definitely increase logistics burden of IAF. Especially if we select F-16 block 70, because along with its own set of avionics, Data Link, Precision GPS navigation, Targeting Pod, AN/APG 83 AESA radar etc, it will also come with GE-F110 engine 1 or Pratt and Whitney engine. With F-16, IAF will become the only air force in the world that would be bearing logistics pain of maintaining fighter aircraft from entire world – Russian, European and American. A museum of a sort.

On the other hand, Gripen uses GE 414 engine, same engine that HAL will use in Tejas Mk II. Gripen uses Selex Raven ES-05 AESA radar and its avionics are designed using MIL-STD-1553B. It can be integrated with French and Israeli weaponry, targeting pods, electronic warfare suites etc. IAF is already using French/Israeli systems and/or weaponry in Mirage, Jaguar, Su-30 and Tejas. All this will reduce maintenance load of IAF considerably.

F-16 Block 70 uses MIL-STD-1773 and can also be integrated with French/Israeli systems but it is unclear how willing Lockheed Martin will be to integrate systems from different countries in its plane.

Thus considering above mentioned reasons, it appears that SAAB Gripen will be a much better choice that will not only meet IAF’s long term requirement but also joint development and boost to the local aviation industry. But South Block will have more to consider before making the choice.

Make-in-India V/S IAF’s requirement: – Single Engine Fighter procurement started under `Make-in-India` category. It is clear that this procurement is not only to fulfil IAF’s requirement but to bring home (i) technology for domestic aviation industry and (ii) manufacturing (hence job opportunities). If Gripen is selected, then it will meet IAF’s requirement and bring home manufacturing. But Gripen uses foreign weaponry, American GE 414 engine and Selex AESA radar, it will not be able to contribute much in these core areas as far as joint development is concerned. On the other hand, F-16 will not be a good choice as far as IAF’s long term requirement are concerned.

Best option for the government will be:

Readers would remember that during MMRCA negotiations, to fulfil offset clause, Dassault had agreed to invest $ 1 Billion on Kaveri engine and make the engine at par with GE 414.

As discussed, it will easily take at least 5 years to first F-16 or Gripen inducted in IAF. So if we are going to invest 5 years and billions of dollars then why not spending same energy and money on long term interest of the IAF and the domestic aviation industry. Instead of importing a production line, we can get them to help sort out issues of Kaveri and Tejas. Govt must ensure accountability of all parties involved (ADA, HAL & IAF) in the programme. Tejas Mk I must be delivered to IAF in sufficient number in set time lines and Mark II version should get developed in time, with deliveries starting by late 2020s when Mirage and Jaguars will be approaching end of their life. 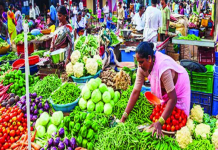 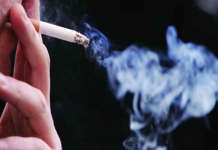 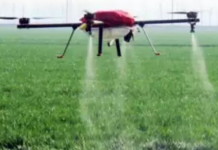 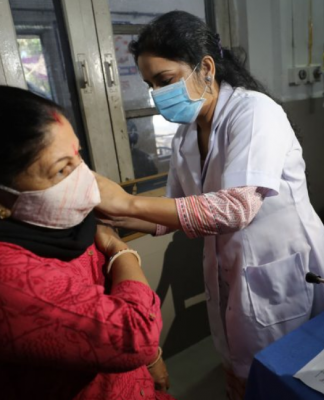 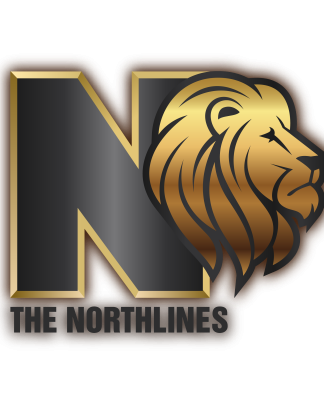 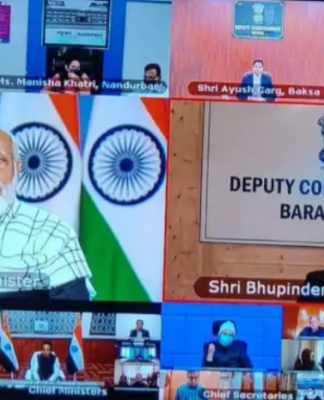 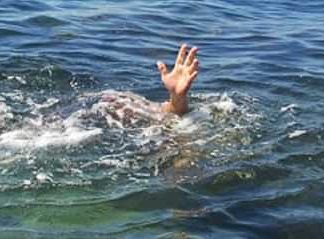 2 men drown in Chenab at Ramban, search ops on 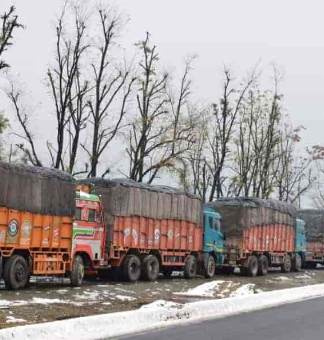