A Colonel of the Indian Army, his wife, his son and four troopers of the Assam Rifles were killed in an ambush by militants in Manipur on Saturday morning.

The PLA Manipur has taken the responsibility of the attack on a convoy of Assam Rifles.

Six other troopers are injured, four of them critically. The dead and injured troopers were part of the quick reaction team of the Assam Rifles, a para-military organisation under the Union Home Ministry, moving in a convoy with Colonel Viplov Tripathi, the Commanding Officer of the 46 Assam Rifles.

Col Tripathi was killed along with his wife Anuja Tripathi and their six-year-old son Abeer Tripathi, a student of Class-I at St Paul’s Institute, Lamka, Manipur.

Prime Minister Narendra Modi in his condolence in atweet, “Strongly condemn the attack on the Assam Rifles convoy in Manipur. I pay homage to those soldiers and family members who have been martyred today. Their sacrifice will never be forgotten. My thoughts are with the bereaved families in this hour of sadness.”

Home Minister, Amit Shah also tweeted his message, “Anguished over a cowardly attack on Assam Riffles convoy in Manipur. I express my deepest condolences to the bereaved families. The entire nation stands firmly with our valiant security forces. The sacrifices of our brave soldiers will not go in vain.”

The incident occurred on Saturday morning at Sehken village in Singngat sub-division of Churachandpur district of Manipur.

Meanwhile, the PLA Manipur has taken responsibility of the attack on a convoy of Assam Rifles.

“PLA and Manipur Naga Peoples Front (MNPF) attacked the Convoy of 46 Assam Rifles in which their CO and 6 other personnel have been killed,” a statement said.

The statement added that the PLA and MNPF cadres did not know that CO’s (Col Viplav Tripathi) family was also in the convoy. In the ‘disturbed area,’ family and kid should not accompanied, the PLA said.

The PLA Manipur had in the past been trained in big numbers by China in China and also at insurgent camps in Myanmar. The PLA, set up by N. Bisheshwar Singh on September 25, 1978, is part of what is called the ‘CorCom’ a group of North-East insurgents.

In 1989, the PLA formed a political body called the Revolutionary People’s Front (RPF).

The South Asia Terrorism Portal (SATP), that complies data of all terrorist activities, says about the PLA that its reorganised on the lines of a disciplined army. The militant wing now comprises four divisions – Sadar Hill West areas of the Valley of Manipur, Sadar Hill areas in the eastern Valley, the entire hill areas in Manipur and the entire Imphal area.

Each division has a ‘commander, lieutenants, sergeant and lance corporals in its ranks’. PLA activists are equipped with sophisticated arms. 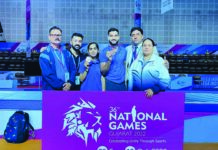 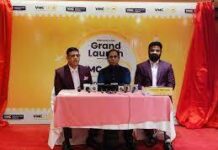 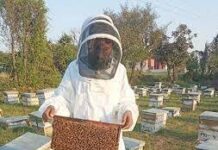